Department of Homeland Security To Collect Social Media Data of All Immigrants.

The Department of Homeland Security (“DHS”) recently announced that, commencing October 18, 2017, it will begin updating its immigrant files by collecting social media data on all immigrants, and that the data collected will become part of an immigrant’s alien file, or A-file.  An A-file is the official government record of an immigrant who has had any interaction with the U.S. government as a result of being detained by immigration officials or by applying for an immigration benefit.  The new rule states that the data that will be collected includes “social media handles and aliases, associated identifiable information and search results”.  However, the rule is so broadly worded that it appears to apply to any person with a government A-file, including green card holders and naturalized U.S. citizens.  Understandably, privacy advocates are concerned that the rule is overly and unnecessarily intrusive, and DHS will likely face litigation as a result.

With such a broadly worded and unclear rule, many immigrants and their advocates want to know what kinds of social media activity they should and should not engage in.  Unfortunately, until DHS or the courts clarify or narrow the rule, there is currently no clear answer.  However, previous cases involving immigrants and social media can provide some guidance.  For example, social media posts that indicate that a person may be a threat to public safety or national security are clear red flags for DHS.  Indeed, on February 3, 2016, Emadeldin El-Sayed, a 23-year old Egyptian citizen who was in the U.S. on a student visa took to Facebook to express his opposition to then candidate Donald J. Trump’s plan to ban all Muslims from entering the country.  Unfortunately for Mr. El-Sayed, his post included the statements that he “wouldn’t mind serving a life sentence for killing this guy” and that he would be “doing the world a favor”.  A person who read the post reported Mr. El-Sayed to the FBI and he was arrested by immigration authorities, eventually agreeing to voluntarily depart the U.S. rather than be removed.

Ironically, undocumented immigrants who have never been detained by immigration authorities and who have never applied for an immigration benefit have the least to worry about with regard to the new rule.  The reason for this is that such a person likely never had an A-file created for the government to update.  Nevertheless, undocumented immigrants should be mindful of their precarious status in the U.S. and, thus, should also be mindful of any social media activity that could bring that status to the attention of immigration officials.

The attorneys of the Franco Law Group, APLC are available to discuss immigrants’ concerns regarding the new DHS rule, and their immigration concerns generally.  Please contact our office to schedule an appointment with one of our attorneys at (213) 200-1505. 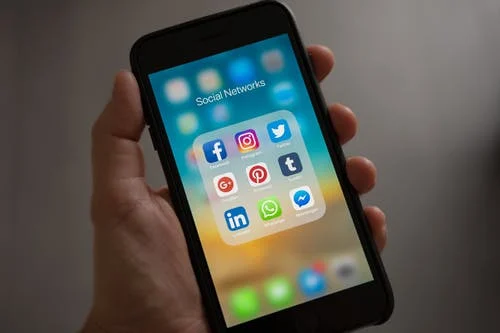