Delia L. Franco is the Founding Attorney of the Franco Law Group and a California Certified Specialist in Immigration and Nationality Law. She is an experienced immigration attorney with over 13 years practicing diverse issues and areas of immigration law and specializing in litigating complex deportation defense.

Attorney Franco has accumulated a wide-range of skills litigating hundreds of immigration trials. These include asylum, withholding of removal, protection under the Convention Against Torture, cancellation of removal, the Nicaraguan Adjustment and Central American Relief Act, Temporary Protective Status, adjustment of status, the Cuban Adjustment Act, waivers of inadmissibility, the Violence Against Women Act, and contested hearings on removability before the Executive Office of Immigration Review, the Board of Immigration Appeals and federal appellate courts.

Attorney Franco was born in Hollywood, California to an immigrant mother from Jalisco, Mexico. Her father, born in Roseville, California was of Mexican and German descent. Attorney Franco grew up in East Los Angeles, along with a myriad of immigrant families similar to hers and learned the personal impact that immigration policies can have on a family.

With the collective effort of both of her hardworking parents, grandparents and uncles, Attorney Franco graduated the famous Garfield High School in East Los Angeles with honors, and went on to pursue her bachelor’s and law degree. She was the first to graduate high school in her family.

Delia L. Franco founded the Franco Law Group after recognizing a demand for authentic, genuine legal concern for the immigrant community. She has a comprehensive understanding for the fears and challenges faced by immigrants in the U.S., and extensive knowledge on the avaricious and unethical “notaries” and lawyers that target this population.

Upon passing the California Bar, Attorney Franco began her career at a small immigration law firm in downtown Los Angeles with a high volume of cases. Being one of only two attorneys in charge of the entire firm docket, and with several trials a month, she was in court daily. Years later, she accepted a position with a larger immigration law firm, where she was the youngest attorney and with the most litigation experience.

Throughout her profession, Attorney Franco observed that immigration law firms sought to obtain a high volume of clients in order to make a profit, ultimately, resulting in misleading clients, declining quality and losing results. As such, she assured that her law firm’s foundation was committed to a sincere and profound understanding of each client’s migratory needs. As a result, Ms. Franco has spent the last decade of her profession cultivating impeccable immigration representation. Her office produces quality service while delivering the individual care and respect every client deserves.

Franco Law Group incorporates a multitude of procedures when managing cases including weekly meetings, quality reviews twice a month, and a final review by the managing attorney before mailing out to the courts.

Attorney Franco attended the University of California at Irvine, studying abroad in China, Spain and Mexico, and graduating Cum Laude with a bachelor’s degree in Criminology, Law and Society. Her passion for law stemmed from her intrigue over the ethics of attorneys and their vast power over their clients’ future. Understanding that the law is a critical tool for a single person, or entire community’s livelihood, safety and future, her concern came with the acknowledgment that attorneys too often focus on profit or personal gain, and become dismissive of quality service and winning results. During her last year at UC Irvine, she wrote her Honors Senior Thesis on "The Lack of Morals and Ethics in the Regulation of Attorney Conduct, "which was published, presented in symposia and adopted and integrated into the Legal Profession course at UC Irvine.

As an undergraduate, Attorney Franco clerked for the Public Defenders Office in Orange County and the Immigration Department of Catholic Charities in Orange County. In order to help immigrant detainees in despair at the Santa Ana Detention Center, she held weekly sessions to inform them of their rights.

In addition, she was committed to helping Latino children advance in academics. To that end, she was involved in the Mathematics Saturday Academy, Saddleback High School Retention Program and Government Housing After-School Tutoring Programs. She also volunteered extensively at the Isaiah House Homeless Shelter.

Attorney Franco went on to attend the University of California, Los Angeles School of Law, one of the most prestigious law schools in the United States. While in law school, she served as a Managing Editor for the Latino Law Review and Treasurer for La Raza Law Student Association. She also volunteered at the El Centro Clinic where she represented veterans and people experiencing homelessness before the Social Security Office and Homeless Court. Moreover, Attorney Franco gained invaluable criminal law experience working in a Santa Monica Criminal Defense Firm under the direct supervision of now Judge for the Superior Court of Los Angeles County, James Bianco. She also worked for Weinberger and Associates, a civil law firm in Westwood throughout her duration in law school. In 2006, she graduated UCLA School of Law and passed the California Bar in July. After law school, Attorney Franco clerked for the Public Defender's Office in San Diego.

COMMITMENT TO OUR COMMUNITY

As a bilingual speaker, Attorney Franco provides an array of free legal services to English and Spanish speakers in her community. For the last eight years, she has participated in the LACBA Immigration Court Pro-Bono Representation Panel, assisting immigrants who appear without an attorney and educating them on avoiding “notario” fraud and unethical attorneys. Furthermore, she holds monthly legal clinics at Community Lawyers in Compton.

To lift the most vulnerable of the immigrant community up, Attorney Franco created the FLG Pro-Bono Program which ensures that ten percent of the Franco Law Group cases are allocated to pro bono services including elderly, infirm and unaccompanied minors. An Associate Attorney is elected each year to supervise the integrity of the program.

In addition, Attorney Franco strives to demystify a profession in immigration law for young minds, which is why she created the FLG Paid Internship Program. The internship program provides an opportunity for individuals interested in immigration law to gain exposure to various components and manage their own cases with the direct supervision of an attorney. The objective of the program is to expose youth to a reputable immigration law practice, and create a solid and talented pipeline of legal advocates to strengthen our profession and, ultimately, help more immigrants.

Attorney Franco has generated a strong presence for herself, and her law firm, in the community. Below are the organizations and associations Attorney Franco and Franco Law Group have maintained:

Attorney Franco continues to cultivate a winning spirit for her law firm in order to succeed with immigration cases and provide relief to these vulnerable populations. She is driven by the belief that the freedom and prosperity of her clients and their family should come first, always. 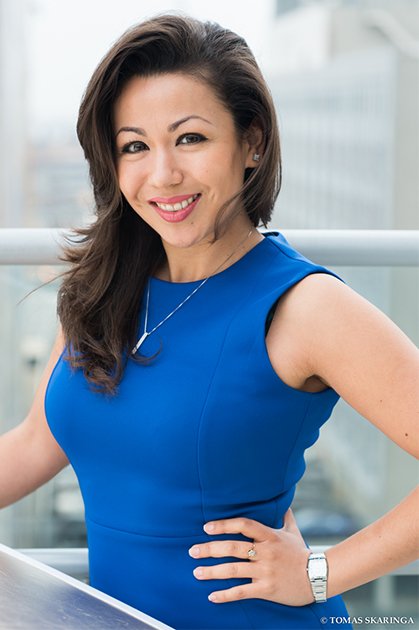