Andrea Alcaraz is a Paralegal at the Franco Law Group. She is a first-generation Mexican American raised in Artesia, CA. Both of her parents are from Colima, Mexico. Her entire family immigrated to the United States in search for a better future and financial stability. From a very young age, Ms. Alcaraz witnessed the disadvantages, prejudices, and emotional struggle many immigrant communities experience for being unlawfully present in the United States.

Like many others, Ms. Alcaraz also felt fearful in stepping into an immigration courtroom. At a young age, she witnessed her father fight for his case before an immigration judge to prevent his deportation and not be separated from his family. Each hearing she attended, she feared that her father might be removed from her life. Although she felt anxious and scared, she took special note and admired the immigration attorneys and the interpreters in the courtroom for the services that they provided to marginalized communities.

As a result of her experience as a child, Ms. Alcaraz took a special interest in ensuring that her career trajectory was steered towards providing services to low-income, immigrant, and marginalized communities. She wished to one-day serve as a bridge between people and this country and to close the many gaps that seem to divide communities in the United States, such as language and lawful status.

Ms. Alcaraz has a Bachelor of Arts in Linguistics with a Spanish Emphasis and a Minor in Translation Studies from the University of California, Santa Barbara (UCSB). During the time she attended UCSB, Ms. Alcaraz interned at the Legal Aid Foundation of Santa Barbara County, a non-profit that provides free legal assistance to Santa Barbara County residents for Immigration, Fair Housing, Domestic Violence, and Elderly Abuse. Ms. Alcaraz also took many research opportunities in Bilingualism, the advocacy, conservation, and documentation of the Navajo Language and researching roles in other fields of linguistics.

Today, Ms. Alcaraz continues to strengthen her skills to become a strong advocate for her community and hopes to one-day return to school to pursue a Masters or Law Degree. She believes that now more than ever is a critical time to learn about the social, economic, and class disparities present in our communities and how to actively combat these differences. 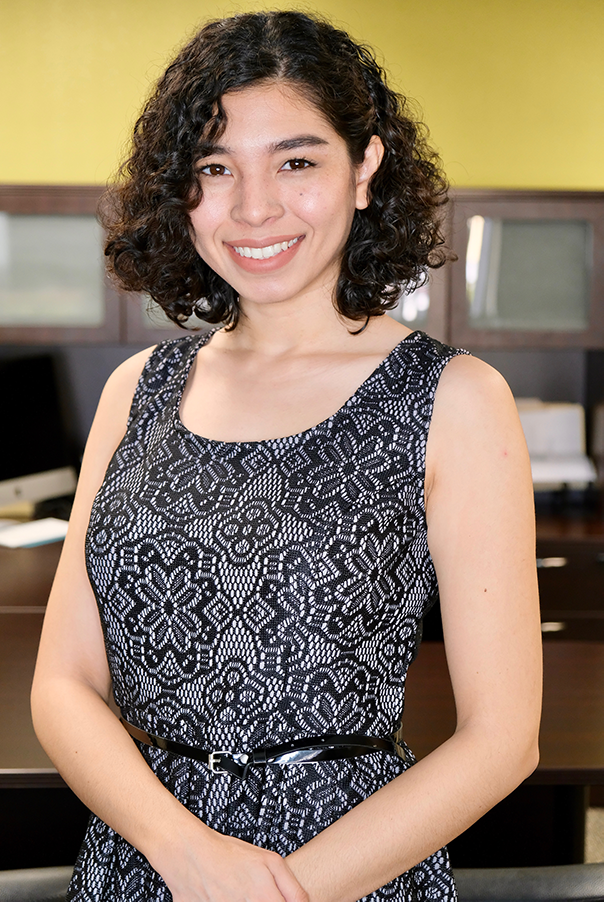